Clara Waidley is a singer-songwriter living in Savannah, Georgia, but her music spans coast to coast; the young surfer frequently travels, taking her guitar with her for busking on the road. In 2023 her album “summer forever” will be released by E. Broad Records, and soon Clara will be touring for the first time, trading busking in town squares for performing in venues across the country.

Clara first began learning guitar in her childhood bedroom with the intention to learn Taylor Swift songs, but she found inspiration to write her own music after listening to her parent’s folk records. The storytelling in songs by Neil Young, Simon and Garfunkel, and Johnny Cash was especially compelling to Clara. This creative outlet became even more important in college as an escape from the stress of school and college basketball—when Clara wasn’t at practice or doing homework, she could be found at a nearby music studio in Toledo. The college student was teaching herself new instruments to accompany her original recordings; eventually, these songs became her debut album, “talks with luna.” Clara’s drive to make music, even around a busy schedule and the daunting task of learning additional instruments, was undeniable. “I was playing all the instruments on the album—I can barely play drums, but it was awesome,” she said. “It was very much me just needing a creative outlet. Without it, I would’ve gone insane.”

Soon after, Clara’s relationship with music completely changed thanks to a surfing road trip with her sister. As they drove across the country chasing the waves, she was inspired to share the music she’d been working on and began performing on the streets as they passed through different cities. “I’ve played in bars and I know I’m not the vibe—I have a softer voice, and no one is trying to take shots to me on a Friday night,” says Clara. “I first got the confidence that I could do music for my life when I was busking and traveling, because in certain cities, I felt like my music really fit in well and that people appreciated it.” Emboldened by the gathering crowds, she put her own spin on her favorite covers and shared more of her original songs.

Clara also found a community for her music online. On her sun-soaked TikTok account, Clara plays original music on the beach after surfing and shares updates about her upcoming album for 109k followers.

While busking at a market in Savannah, Clara caught the attention of E. Broad Records founder and fellow musician, Whit Whitley. She was signed in 2021 and soon after headed back to a recording studio: this time, her musical accompaniment was a little different.

“summer forever” was produced by Annie Leeth and recorded at her private studio and Chase Park Transduction in Athens, GA. Collaboration with Annie was a natural fit; according to Clara, “we were on the same page sonically. ‘Dreamy, acoustic, alternative, grunge,’ those words were in my head.” Grammy-nominated musician, songwriter, and producer Andrew Sovine also contributed to the album, and these collaborations helped to realize the sound Clara was striving for. “Everything is exactly how I envisioned it to be,” she says. “Some of the songs we made were really pretty because my voice is softer, but all of the sudden there’s some grunge guitar thrown in there and it’s such a cool contrast.”

Also at play in “summer forever” is Clara’s knack for storytelling. “I like making up stories. I’m someone who loves feeling like I’m in the song, and I feel like people can live through these stories. These worlds could be fun to experience.” Fans of Mazzy Star, Lana Del Rey, and Japanese Breakfast are sure to connect with the dreamy sound of Clara’s album. Those who gravitate towards the alternative songwriting edge of Phoebe Bridgers and Maggie Rogers will connect with the bite in the beauty of “summer forever.” 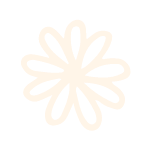